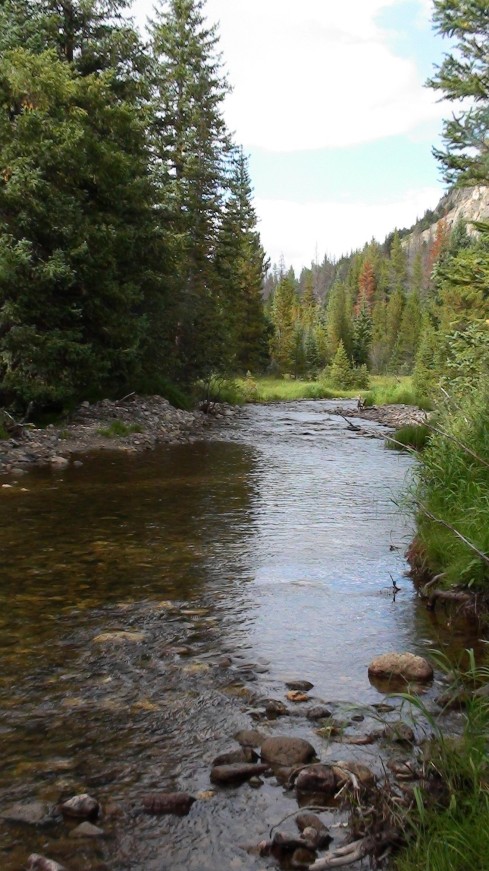 “Not a soul in sight.” These were the first words to spew so eloquently from my lips for the day. Maybe it was the rain that chased everyone away. The river and I sat in silent communion for a few moments as I scanned the structure along the bottom for fish. Nothing, not a cruiser, not any fish. No people hiked the trail nearby that ran high into the country and up a few 14er’s It was only me, some water and no fish. The hours of driving to this destination were lost in excitement, but not for this kind of emptiness, Not for this kind of solitude.

I had hiked in this far, why not farther? Maybe it is just a fluke. I hiked. During this hike, I couldn’t help but to feel hunted by a local bear. The solitude only harbored the fear and cultivated it into the overwhelming feeling. In the midst of this also came the feeling to give it a try. A nice big hole presented itself around a bend and I tied on the most faithful bug and began to fish. My indicator dropped below the surface. Rock. Another cast, the indicator violently dropped. Fish. Where did it come from? Just a 3″ fish, but there were fish. The river was alive! Higher up the fish became bigger and bigger and in more numbers. 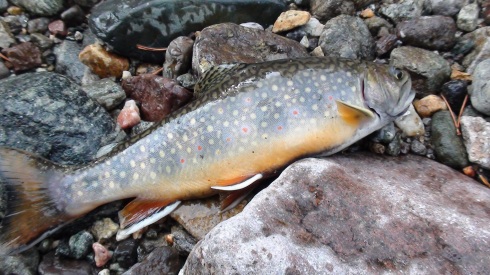 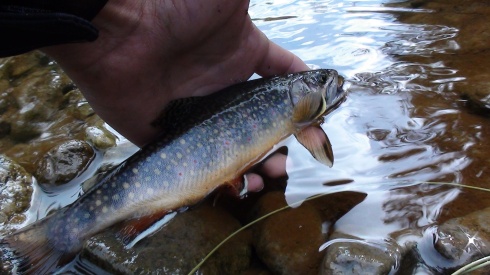 I stopped and sat down on a rock close by. I knew that no one fished here. The trail is even close by. The fish were taking anything. How could someone overlook this place? If this is the case, what haven’t we found yet lurking in these mountains? Is there a lost trout that could call a place just like this home? Heck, is there a tribe of people out there somewhere that we haven’t found? This world is so big that one could slip by. That a few trout could be thought to be dead, but are only hiding. Was there a bear? Who knows, but I do know that this was one of the most fun trips I have had in a long time.

Lesson #15: Just because you can’t see it, doesn’t mean it isn’t really there.

This entry was posted on Wednesday, September 21st, 2011 at 12:24 am and posted in Random. You can follow any responses to this entry through the RSS 2.0 feed.
« Hurry Up and Wait
Dear Loyal Readers »

8 responses to “The Unseen”